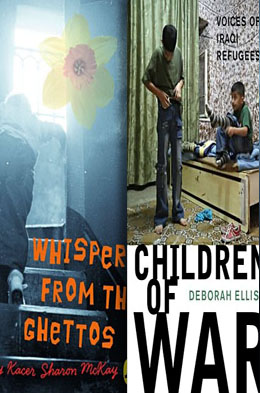 For children born into the often easy and materialistic certainties of North American culture, war is mostly the stuff of video games or fantasy fiction, readily engaged or dismissed with the nod of a joystick.

Two eye-opening new books bring the experience of war and its privations to young readers through the words of children who have lived through it. (Tragically, in many cases their families did not.) Both titles deal with different historical realities – Nazi Germany and modern-day Iraq – yet the multiplicity of voices in each succeeds in creating unforgettable and thought-provoking composite views of its subject. 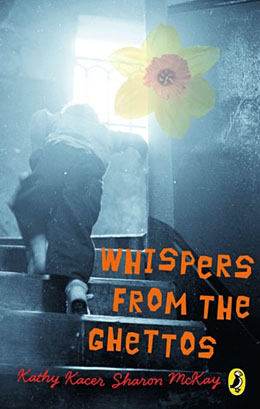 In Whispers from the Ghettos, co-authors Kathy Kacer and Sharon McKay have collected 12 stories of survivors of Europe’s Jewish ghettos from the Second World War, told from the point of view of their younger selves. Although many of the accounts invoke similar events – the isolation created by the erecting of ghetto walls, the struggle of parents to feed their starving families, and the sudden disappearances of friends and family – the authors avoid numbing the reader with repetition by focusing each account on a theme or incident that makes it unique.

And so there is the story of George Berman, who escaped the initial death camp roundups because his mechanical skills made him invaluable to Nazis who needed their cars serviced. To alleviate his guilt, George acquired diluted acid from a local chemist – who asked no questions – which he used to sabotage over a hundred motors.

Kacer and McKay are masterful at simplifying and focusing their material without lessening the impact of the horrors depicted. As one survivor puts it: “It was 1939, and in Germany the bogeyman was real. He really did crash through doors, yelling and screaming, to snatch innocent children from their beds.” 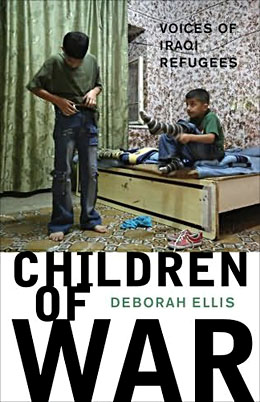 The children in Deborah Ellis’ Children of War are all refugees from the war in Iraq, most of them living in a state of limbo in neighbouring Jordan, some here in Canada. These brief, translated interviews are with kids ranging in age from eight to 19 years old. The children give their personal stories, their views on the war, and their aspirations for the future. Some await immigration visas to the U.S., the very country that bombed their homes in the first place. Naturally, many have mixed emotions  about this, while others emphasize the similarities they feel they have with American children.

At times, the contrast between the simple language of these child refugees and the horrific events they relate is wrenching. An eight-year-old boy, describing an episode in which American soldiers burst into his home and beat his father and uncles, explains, “Some soldiers had the job of yelling and arresting. Other soldiers had the job of breaking furniture and making a mess.” A 12-year-old boy, whose brother’s murdered corpse was left on a rubbish heap, speculates, “I don’t know if they killed him as part of the war or if they just killed him because they were mean anyway.”

Children of War is a companion volume to last year’s Off to War: Voices of Soldier’s Children, which collected accounts of the offspring of American and Canadian soldiers. It is a necessary companion, too, filling in the perspective that was (somewhat necessarily) elided in the previous book. Here, Ellis prefaces each account with mostly dispassionate information about the history of Iraq, its various ethnic groups (some of these children were already marginalized within their country), and life before the war, although at times her anger with America’s role in the suffering is palpable.

Despite their youth, these children are often astoundingly perspicacious. Twelve-year-old Haneen summarizes the events leading up to the American-led invasion this way: “The war happened because Iraq has oil. And there is a high building somewhere in America that was blown up. They thought Iraq blew it up, so that’s why they blew up places in Iraq.”

A theme running through both of these books is the notion of children denied what is rightfully theirs: a childhood. And it is not just the editors saying this, it is the children themselves, who are all too keenly aware of what they are missing out on. It’s an idea that should resonate profoundly with young people here, who may well find themselves having the privilege of sharing a classroom with some of these remarkable, resilient, yet deeply scarred children.