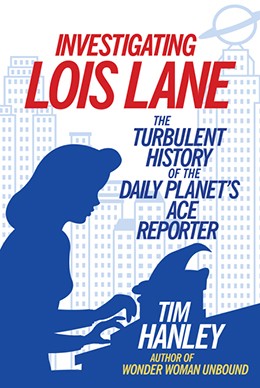 In this comprehensive and often lively study of Superman’s love-interest, Lois Lane, Halifax-based comic historian Tim Hanley describes his subject as “Superman without the superpowers… [Lois] is just as committed to truth and justice through her tireless reporting, and just as willing to put herself in harm’s way to help someone.” 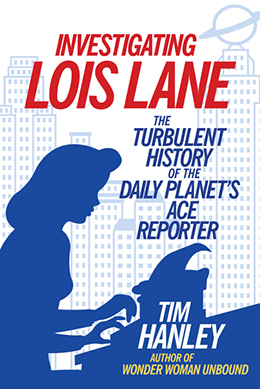 At the time of her debut, in the first Superman comic, in 1938, Lois was an independent professional when few women were, having worked her way up from the lovelorn column to the front pages of the Daily Star. Even more unusual, she was happily single. As time went on, however, Lois was increasingly cast in the role of damsel in distress: her reporting job put her in dangerous situations so Superman could rescue her. Superman was the object of her affections but also, paradoxically, her rival. He used his superpowers to get to stories before she did, then scooped her in his guise as Clark Kent.

Portrayals of Lois have, in the 75 years since, constantly toggled between empowerment and objectification. Sometimes this was a reflection broader social trends. In the sixties, in the spin-off comic Superman’s Girl Friend Lois Lane, Lois had a short-lived feminist awakening: she mastered a Kryptonian form of self-defense, went undercover with a motorcycle gang, and asked to be called “Ms.” But on a micro level Lois’ fate was also determined by the sexist whims and opinions of the overwhelmingly male roster of artists and writers who worked on her.

Investigating Lois Lane cites and assesses what feels like every Lois iteration, whether in print, TV, movies, or on stage. Depending on your relationship to comics, this will be either a plus or a minus. Aficionados will appreciate it, while those with a more peripheral interest in the form may find the book’s exhaustiveness — especially in the later chapters —exhausting at times.

Some of the most intriguing aspects of Lois’ story occur outside comic panels. The model for Canadian Joe Shuster’s initial sketches of Lois eventually married his creative partner Jerry Siegel — a factor in the men’s 25-year estrangement. Both actresses who played Lois in the 1950s TV version of Superman had double L’s in their names. And the show’s star, George Reeves, was engaged to a dubious socialite with the improbable name Leonore Lemmon at the time of his sudden, mysterious death in 1959.

Hanley writes from an unapologetically feminist slant (his previous book was about Wonder Woman) and has an obvious, appealing affection for his heroine. There may be more to say about Lois soon: given that the status of journalists is arguably under greater threat, in today’s shrinking media landscape, than the status of women, her future could prove even more interesting than her past.