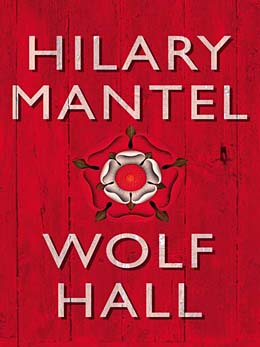 Having snatched the Man Booker Prize away from several worthy opponents, as the book bookies predicted, Hilary Mantel’s Wolf Hall is soaking up the deserving accolades as it rockets effortlessly up the sales lists.

And a formidable achievement it is: 650 gripping pages focused on the supposedly ungripping, oft-maligned Thomas Cromwell — Henry VIII’s political “fixer”; all with only one royal change of wife and scant beheadings (those are to come in Mantel’s next installment). Although she is a prolific author, Mantel has said that Wolf Hall is the book she was born to write. She calls Cromwell “a nightmare to a biographer but a gift to a novelist”; the reason being, presumably, that the massive paper trail he created as a legislator makes for dull reading, while the gaps in his life begging for novelistic enhancement do not.

Mantel creates in Cromwell an unlikely Tudor superhero whose list of protean abilities could be sung to the tune of the old “Spiderman” theme: “He is at home in courtroom or waterfront, bishop’s palace or inn yard. He can draft a contract, train a falcon, draw a map, stop a street fight, furnish a house and fix a jury.”

The fascination of Cromwell stems from his meteoric rise out of total obscurity to become the second most powerful man in Tudor England and the main architect of the English Reformation, which famously solved Henry’s marriage problems through a dramatic break with the church in Rome. Cromwell was a self-made man in an age when the only route upward — through the clergy — was one he did not take. One where: “To be trusted, new men must forge themselves an ancient pedigree … or enter into the service of ancient families.”

The book’s riveting opening scene has the young Thomas prostrate, awaiting a deathblow from his father, a mean-tempered blacksmith repeatedly fined for “producing bad beer at least twice a year.” He resolves: “I’ve had enough of this. If he gets after me again I’m going to kill him, and if I kill him they’ll hang me, and if they’re going to hang me I want a better reason.”

Cromwell spends the rest of his youth fighting wars for the French and learning the art of trade in various other countries, absorbing their languages as he goes. Upon returning to England he becomes the lawyer to Cardinal Wolsey, from whom he learns everything he needs to know about the court. In Mantel’s telling, Cromwell remains loyal to Wolsey even after the latter is sent to the Tower for failing to do what Cromwell eventually succeeds at: securing the annulment of Henry’s marriage to Katherine of Aragon so he can marry Anne Boleyn. It is Cromwell’s fealty, paradoxically, that convinces the king to take on Cromwell after doing away with his master.

Cromwell’s low birth is credited here as a key to his success, allowing him to keep an ear to the ground that kept him steps ahead of his more noble, and disdainful, fellow courtiers, all of whom were eventually forced to eat his royal dust.

The book, unusually, uses the third person “he” in a manner normally reserved for the first. It’s a device that requires the reader to acquire narrative sea legs, but it works. Not only does Mantel create a consciously limited intimacy, the sense of following Cromwell’s line of vision from over his shoulder, it also acknowledges the arrogance of presuming to penetrate the thoughts of so enigmatic and distant a figure.

All Mantel’s characters are breathtakingly wrought, like sculptures, through the stuff of their environment. The Duke of Norfolk is, for example: “Flint-faced and keen-eyed, he is lean as a gnawed bone and as cold as an axe head; his joints seem knitted together of supple chain links.” Mantel’s cast is large enough to warrant a list, explaining titles and relationships, which I was often thankful for.

But it is the ruthless focus on mercantilism and rudimentary globalism, of money making things happen, that makes the world of Wolf Hall seem so familiar. Listening to an earl tiresomely expound on valour, Cromwell muses:  “The world is not run from where he thinks. Not from his border fortresses, not even from Whitehall. The world is run from Antwerp, from Florence, from places he has never imagined; from Lisbon, from where the ships with sails of silk drift west and are burned up in the sun. Not from castle walls, but from counting houses, not by the call of the bugle but by the click of the abacus, not by the grate and click of the mechanism of the gun but by the scrape of the pen on the page of the promissory note that pays for the gun and the gunsmith and the powder and shot.”

Mantel also plays against type in her portrayal of Thomas More. The historically well-regarded author of Utopia is depicted as a snivelling, petty obscurantist, one of Cromwell’s chief foes until his intransigence on the marriage annulment seals his fate. The novel ends with More’s execution but does not go as far as Anne Boleyn’s or, more shockingly, to Cromwell’s, just a few years later.

The eponymous Wolf Hall is the seat of the Seymour family and source of Henry’s next wife, yet it is barely mentioned until the novel’s final pages. After seeing the heirless Henry’s eyes drift to one the Seymour sisters, Cromwell makes the strategic decision — also a teaser for the next book — to lend their father money “on very favourable terms.”

Wolf Hall more than lives up to its awe-inducing ambitions, making it arguably one of the great historical novels of our time. As to the question of its accuracy, one suspects a hint of cheek when Cromwell’s son, reading about King Arthur, declares: “Some of these things are true and some of them lies. But they are all good stories.”