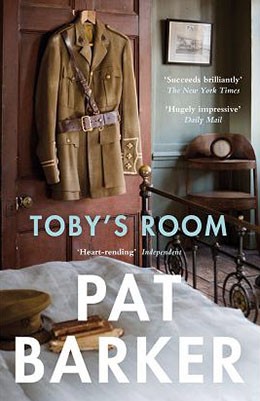 Though it can be read as a stand-alone, Pat Barker’s breathtakingly good new novel is also structured chronologically as both a prequel and sequel to 2007’s Life Class, about young artists attending London’s Slade School in 1914, on the eve of the Great War. This time out, Barker focuses on how two devastating events, one private and one public, affect the fortunes of the same group. 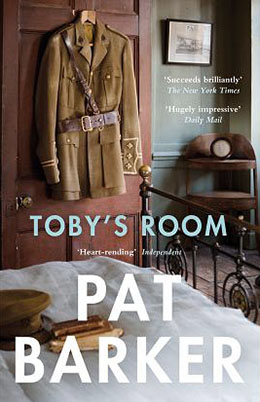 The novel opens in 1912. Elinor Brooke has to come to her parent’s country house for the weekend, where she’s eager to be reunited with her brother, and best friend, Toby. At an abandoned mill where they used to play as children, a watershed, Ian McEwan-esque moment plays itself out as Toby impulsively grabs and kisses Elinor in a decidedly less-than brotherly way before backing off and apologizing. Thinks Elinor: “How was it possible that anybody, in a single moment, could stumble into a chasm so deep there was no getting out of it?”

Fast-forward to 1917, when thousands of young men are stumbling about in chasms of a far colder, muddier kind. When the dread telegram arrives, its curt phrase, “Missing, Believed Killed,” comes as a shock; Toby had gone to the front as a medic.

That there’s a bigger story around Toby’s death is strongly suggested by the novel’s deus ex machina: a letter Elinor discovers in the lining of Toby’s returned army coat. In it, Toby categorically states that he won’t be returning and indicates that Elinor’s friend Kit Neville, a hugely famous artist who served with him, will know why.

Increasingly obsessed with Toby’s fate, Elinor takes to painting endless empty landscapes haunted by a lone male figure by day and sleeping in Toby’s room at night. She summons Paul Tarrant, her one-time boyfriend from the Slade who has returned from the war with a leg injury, to the house. Although Paul hopes it’s for a chance to re-kindle their relationship, he quickly realizes that Elinor is using him as a means of finding Kit and he decides to let her. A brilliantly creepy scene follows in which a cold, distant Elinor becomes disconcertingly, lustfully alive at the sight of Paul wearing Toby’s coat, prompting Paul to shed it immediately.

When Kit appears in London, it’s as a facially mutilated casualty. The injury brings out the worst in Kit’s arrogant, churlish nature; it also gives Barker an elegant way of reintroducing Henry Tonks, the (real) Slade professor famous for his landmark drawings of soldiers before and after facial reconstruction. Tonks offers Elinor the opportunity to assist him with the sketches, and she accepts with the single-minded hope of getting access to Kit.

The novel’s title appears to be a self-conscious reference to Virginia Woolf’s 1922 novel Jacob’s Room. That novel’s “protagonist”—based on Woolf’s brother Thoby, who died of typhoid at 26—was largely absent, Woolf’s strategy being to build a notion of him from the refracted impressions he made on others. Barker follows Woolf in having her character’s empty room function as a shrine to its owner’s simultaneous presence and absence, to his essential inscrutability. Standing in it, Paul thinks of Toby, Woolfishly, as “the small boy who’d located himself so precisely in the world, and now was nowhere.” Woolf’s sister, the painter Vanessa Bell, and some the sisters’ Bloomsbury contemporaries also make brief appearances in the novel.

Barker has written extensively about the Great War, most notably in her famed Regeneration trilogy, yet she’s still coming at it in fresh, powerful ways. This is a writer truly, to use that hoary cliché, at the height of her powers, and it’s a dizzying height indeed.