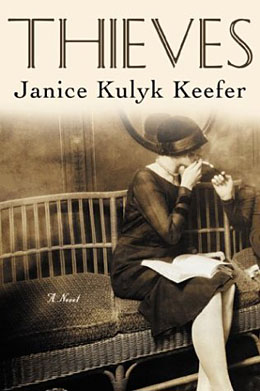 Literary history has tended to relegate New Zealand’s Katherine Mansfield to the fringes of modernism, despite the fact that as an expatriate living in London she lived very much within its maelstrom, moving easily among such heavyweights as D.H. Lawrence, Ezra Pound, T.S. Eliot, and Aldous Huxley. This outcome might have been quite different had Mansfield lived longer than a mere 34 years and, consequently, had her literary output been more prodigious. What she did produce elicited the praise and admiration of many of her contemporaries. Virginia Woolf, considered Mansfield’s prime rival, maintained a friendship with her, albeit one often strained by professional envy, Woolf having once famously said, “She is the only writer I have ever been jealous of.”

Mansfield’s brief life was fraught with scandal, which of course makes it perfect fodder for a fictionalized biography such as this one. The daughter of well-to-do parents, Mansfield was effectively disowned following a string of relationships with both men and women that, in addition to being considered highly inappropriate, left her crippled with an untreatable sexually transmitted disease that was to plague her all her life. Amidst myriad affairs, she married twice, abandoning her first husband the day after the wedding. She later married the editor John Middleton Murry with whom she remained, albeit tempestuously, until her death from tuberculosis in 1923.

Janice Kulyk Keefer, who, unlike her subject here, has earned much recognition for her own prolific output, including two Governor General’s Award nominations, offers a warts-and-all exploration of Mansfield’s life that takes the reader from her rebellious youth in New Zealand through to England, Europe, Chicago, and Windsor, Ontario. Biographical vignettes alternate with the latter-day story of a young scholar, Monty Mills, whose interest in the writer is perversely driven by his desire to upstage his Mansfield-obsessed father, Roger. After stealing a letter intended for Roger promising access to a hitherto unseen Mansfield collection, Monty travels to Chicago to meet its eccentric purveyor, the elderly and reclusive Cassandra Baby.

Baby, it turns out, is no champion of Mansfield. Her interest is driven instead by a desire to vindicate Mansfield’s first (and some say only) love – and father of her miscarried child – the musician Garnet Trowell. Reading the correspondence between Mansfield and Trowell compels Monty to re-evaluate aspects of Mansfield’s life while unexpectedly shedding light on the failures of his own.

In fact, no one’s interest in Mansfield in this novel is purely literary. Roger’s own obsessive love of Mansfield seems tied to an act of self-redemption. In the wake of a tragic attempt to help a poor, abandoned mother, Roger turns to his Mansfield studies with the romantic conviction that he is the one man who could have protected the writer from the world. His tortured musings on Mansfield lie in stark contrast to the painful reticence he bears toward Monty, who has grown to resent his father’s lack of engagement with the world outside his writing. Unfortunately, Roger’s monologues are the novel’s weak point, didactic in their effort to explain and melodramatic in their self-absorption.

Thieves is neither an exoneration of Mansfield, nor an argument for a more prominent perch for her in the Western canon. Kulyk Keefer’s interest rests squarely in the tumult and drama of the personal, and the possibility for art to emerge from a combination of will and sheer force of personality. The novel is a bit of a soap operatic romp as well, which helps keep the pages turning. As a youth, Mansfield is portrayed as petulant, affected, and unlikable. It is only the combined failure of her health and various relationships that gives her the impetus and maturity to produce the work for which she is recognized today, works such as The Garden Party and Bliss.

Thieves bears comparison to both A.S. Byatt’s Possession and Michael Cunningham’s The Hours, both of which seek catharsis in their characters’ attempts to reach back through time to seek completion in the truths latent in the work and lives of past literary figures. Although it touts itself as a “mystery,” Thieves is not really driven by suspense. In fact, the Mansfield portion of the novel is compelling enough to stand on its own without the parallel, somewhat contrived “mystery” plot. Overall this is a strong piece of work, and Kulyk Keefer masterfully handles what is an ambitious, complex undertaking. Better yet, she will no doubt also be responsible for some renewed interest in the work of the enigmatic, intractable, and often brilliant Katherine Mansfield.