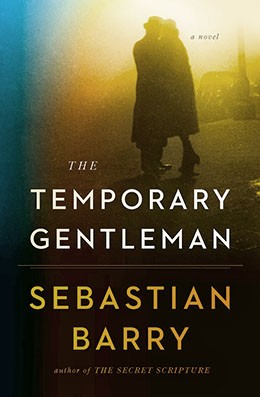 THE TEMPORARY GENTLEMAN
by Sebastian Barry

Ireland’s Sebastian Barry made his name first as a poet then, in the 90s, as a playwright. He’s now considered one of the greatest living novelists in a country where great writing is akin to a national affliction—which is saying something. 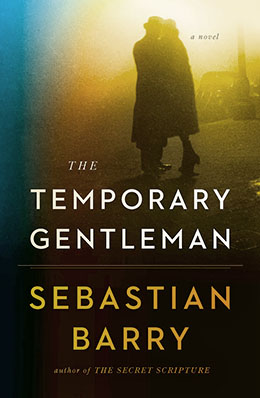 The feeling you get after finishing one of Barry’s novels is less like having read a book than having taken in a rhapsodic concert; one whose dips, swellings and trills linger in the mind long afterward. The astounding opening scene of his latest, The Temporary Gentleman, in which a British cargo ship en route to Africa is torpedoed and sunk by a German submarine, is the literary equivalent of full-fledged opera.

The novel itself completes a sextet of books inspired by Barry’s own family—a trilogy each for his mother and father’s side. It’s about Jack McNulty, a character based on Barry’s hard-drinking maternal grandfather, whose marriage disintegrates after he leaves Ireland for a series of working stints in Africa beginning with the Second World War.

The novel is narrated from Accra in 1957, where Jack is hastily writing his life story. Though his official business in newly independent Ghana is long over, Jack lingers there “like a broken-down missionary, without church or purpose.” The roots of his procrastination are personal, not professional: Jack’s adored wife Mai died a few years previously and he feels he has nothing to return to.

Countless stories have been written about the end of love; this one is about love’s sometimes irrational persistence. “Mai was my village and my country. Perhaps I may be a kind of exile everywhere, since I have lost her—until I see her again.” Jack’s uxoriousness is presented as a lyric, unironic fact. This technically pushes the novel toward the sentimental, territory long considered off-limits for the serious novelist, but it is sentimentality without self-indulgence, suffused with regret, which makes all the difference.

As love stories go, it’s also not straightforward. Jack’s intemperance—he’s known around town as “the buveur of Sligo”—and absenteeism played a significant role in Mai’s eventual demise. And Mai’s concomitant loss of faith in Jack also meant the love was one-sided for the better part of the marriage.

Jack recalls how, when he first met her, vibrant young Mai Kirwan had “whirred in my eyes like a film reel.” His besottedness had been amplified by the prestige of her family name. Jack’s own status as a civil engineer was overshadowed by the fact that his father was the tailor at the Sligo Lunatic Asylum, his Mum a seamstress whose orphan roots terrified her. (The tenuousness of Jack’s position is echoed in the novel’s title, a mildly derogatory term for those allowed the title “Sir” for the duration of the war.)

Jack had worried he wasn’t worthy of Mai (her father knew it) so his proposal was timed strategically, under the duress of Mai’s grief after her parents’ deaths. But after achieving the thing he most wanted—Mai—Jack set about squandering it, first by gambling and drinking away the beloved home Mai inherited from her father.

The birth of her two girls sent Mai into what would we would now think of as post-partum depression. Ignoring the tearful insistence of Mai’s best friend that something was seriously wrong, Jack took yet another assignment in Africa when he could, and should, have stayed in Ireland.

In Accra, Barry delicately parallels Jack’s situation and that of his Ghanian houseboy, Tom Quaye, whose wife has refused to allow him to return home because of her superstitions about his participation in the war. The novel ends in a kind of reverse Heart of Darkness symbolism, with Jack taking Tom by motorbike to his village along a series of ever narrowing waterways; we sense vicarious amends are being made. There’s a perfection to what happens next, and though telling it would, I suppose, be a spoiler, this is a novel that can truly only be spoiled by not being read.