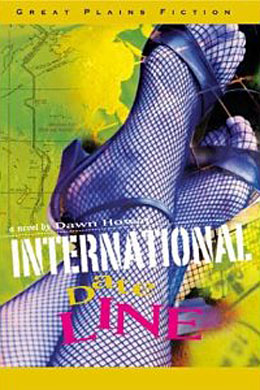 Anna Woods, the heroine of International Date Line, may well be the Canadian doppelganger to Britain’s Bridget Jones in this chatty, unpretentious debut novel by Dawn Howat. Poised on the cusp of her 30th year, and unlucky in love at home in Toronto, Anna has made the rash move of selling off her worldly possessions in order to rendezvous in Budapest with Jack, an unreliable American lover she has not seen in six years. Predictably, he does not show, forcing an adrift, nicotine-obsessed Anna to seek solace in the arms of a series of foreign nationals and to plunge helplessly into the terrifying unknown that is the Eastern European hair salon.

While still harbouring hopes that the elusive Jack will show, Anna falls for Ian, a Brit she had initially dismissed as “the TESL wanker.” Uncertain whether her motivation with Ian stems from real feelings or from disgust with Jack, Anna blows hot and cold while continuing to weigh her options. When Jack finally announces his imminent arrival in neighbouring Vienna, Anna’s situation has been rendered more complex by the possibility that she may be pregnant with Ian’s child. The tension of the remainder of the book hinges on the question of which man, if either, she will end up with, whether her disastrous dye-job can be salvaged, and whether she is indeed pregnant.

Ultimately, the Eastern European setting is incidental to the real action, which takes place entirely within the emotionally tortured confines of Anna’s sex-, love-, and alcohol-addled brain. Travelogue this is not, and Howat misses out on some golden opportunities for cultural observation, especially given that she makes her heroine so self-consciously Canadian and chooses such an interesting setting.

But Howat has many keen and often funny insights into the psycho-sexual proclivities of the twentysomething female, and it is hard not to become drawn into the will-she-or-won’t-she mock heroic drama.