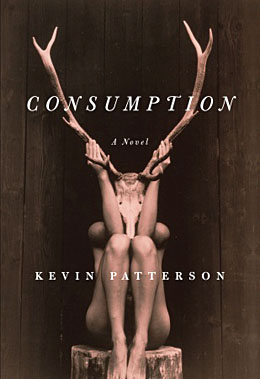 Kevin Patterson’s first novel (after the bestselling sailing memoir The Water in Between and a prize-winning collection of short stories, Country of Cold) draws on his experiences as a doctor in the far North, painting a poignant and at times achingly grim portrait of a culture whose heart and soul have been steadily eviscerated since its Westernization in the 1950s.

Patterson’s point of entry is Victoria, an Inuit woman raised on the tundra in the nomadic ways of her forefathers. At the age of 10, she is sent south for tuberculosis treatment, spending six years in a sanatorium before returning home to find her birthplace utterly changed. Like many other Inuit men, her father has come off the land to take a job at the nickel mine, only to be ignominiously dismissed when the operation abruptly closes. Victoria herself has spent enough time away to understand that there is a wider world out there, a fact that only increases her sense of alienation.

Eventually she marries a southerner, Robertson, and has three children. Her son Pauloosie struggles to embrace the old ways and skips school to go hunting with his grandfather. One daughter, alienated and consumptive like her mother, withers away with an undetermined diagnosis. Victoria’s marriage slowly erodes as Robertson becomes co-opted by foreigners seeking to further transform the community by building a diamond mine. A number of serious tragedies ensue, resulting in the family’s eventual spiritual and physical exile from a world that can no longer sustain them.

Patterson is obviously close to his subject matter and employs a deft hand in viscerally evoking a sense of place and exploiting the many contradictions inherent in the modern-day North. For the most part, he manages to keep the story’s compounding tragedies from descending into melodrama.

Despite some truly impressive characterizations and plotting, however, a few too many storylines and an awkward literary device in the final 60 pages of text ultimately mars his achievement. Presented as a manuscript posthumously left by the novel’s doctor character, the final section comes off as a dumping ground for everything Patterson had left to say about modern medicine and northern issues but could not fit easily into his otherwise promising fiction.

Comments: Comments Off on CONSUMPTION
by Kevin Patterson Posted by: admin Categories: Adult Fiction, Reviews Tags: contradictions, kevin patterson, Quill and Quire, returning home, sense of place, tuberculosis treatment
← RELUCTANT GENIUS:
The Passionate Life and Inventive Mind of Alexander Graham Bell
by Charlotte Gray
SO WE SOLD OUR HOUSE AND RAN AWAY TO THE SOUTH PACIFIC
by Gordon Cope →