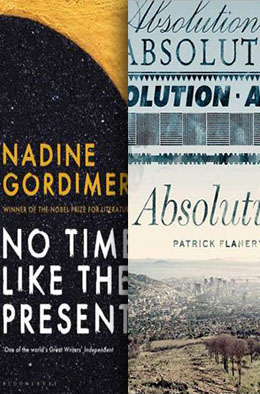 A bleak, complex portrait of contemporary South Africa emerges from these stylistically divergent novels, the first from one of the country’s great literary masters, the second a debut from an American living in the UK.

Nadine Gordimer’s fifteenth novel centres on Steven and Jabulile, a “mixed” couple that met as ANC activists in Swaziland during the apartheid era and who are now attempting to establish a middle-class existence in a suburb of Johannesburg that would once have been off limits to Jabu. Steve has harnessed a background in bomb making into a respectable job as a lecturer in Chemistry at the university. Jabu served time in prison and now advises impoverished blacks about their rights under the new constitution.

Their side may have won, yet in some ways Steve and Jabu have merely moved from the warzone of political radicalism to the minefield of political correctness. In hiring a black housekeeper are they creating meaningful employment or perpetuating humiliating master/servant stereotypes? Would sending their children to private school be an abandonment of their principles? Is a holiday in England an assertion of their freedom to travel or a willful embrace of the imperialist oppressor? In “free” South Africa, every act, however minor, seems to unnervingly and ambiguously posit its own counter-argument as class takes over from colour as the key determinant of personal freedom.

Like Gordimer’s other recent work, No Time Like the Present is written in grammar-flouting stream-of-consciousness prose that is sometimes only comprehensible when you take a run at it. Yet the intimidating convolutedness comes to feel like part of the point. At 88, Gordimer is as vital, lacerating and unbowed as ever. We feel breathless trying to keep up with her, but here, as elsewhere, it’s well worth the effort. 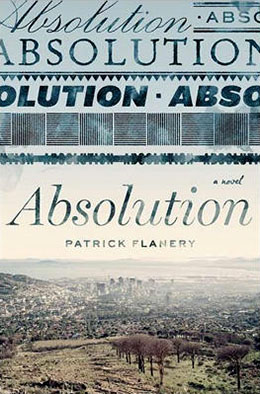 Unlike Gordimer’s characters—whose hard-won principles demand a life lived openly among neighbours, be they black, gay or Jewish—those in Patrick Flanery’s novel (all of them white) live in a self-imposed security nightmare of razor wire, passwords, panic buttons and metal barricades. Clare Wald, the novel’s main character, is, like Gordimer, a celebrated elderly writer and lifelong progressive. There, however, the similarities end.

Clare’s family history is notorious: her daughter, a violent anti-establishment militant, disappeared 20 years ago and has long been presumed dead. Her sister, a staunch supporter of the status quo, was gunned down in her own home. Although the face she would present to the world if she ever left her suburban bunker is cold and imperious, Clare fosters deep guilt about her family—the why of it being the crux of the drama.

Seeking absolution, Clare decides to write the novel she hopes will deliver it to her. She has also asked an up-and-coming academic, Sam Leroux, to be her biographer. Sam, who is in the process of moving from the U.S. back to South Africa, where as a child his own activist parents were killed in a bomb plot gone awry, isn’t sure whether Clare is aware that their paths once fatefully crossed. And nor can he risk jeopardizing his own highly personal agenda by asking her.

Flanery is an astute, talented writer, yet as the thriller it seeks to be this novel sometimes drags. Clare’s stuffy formality irritates, as do the unnecessary mind games she plays with Sam. At one point, Clare tells Sam that someone criticized her novel on the grounds that all its black characters were maids or gardeners—a tongue-in-cheek comment given that this is also true of the larger novel that contains it. Irony aside, Flanery’s decision to forego any kind of portrayal of black South African culture sits uneasily.

Comments: Comments Off on NO TIME LIKE THE PRESENT
by Nadine Gordimer
ABSOLUTION
by Patrick Flanery Posted by: admin Categories: Adult Fiction, Reviews Tags: Toronto Star
← PEOPLE WHO DISAPPEAR
by Alex Leslie
THE CHEMISTRY OF TEARS
by Peter Carey →