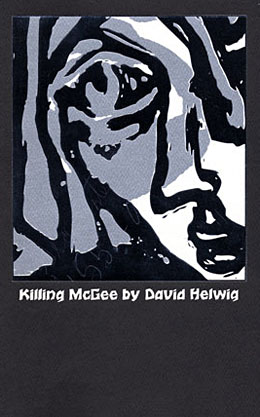 A failed academic and closing in on 40, Lewis is an embittered husk of a man. At his Ottawa university, he is at the bottom of the academic hierarchy: an adjunct lecturer forced to live off the ill-paying jobs left over by more successful colleagues. He watches with undisguised rancour as people much younger than him “find a place at the trough” – the tenure-track positions now well out of his reach. His abandoned thesis, lying in a cardboard box in the mouldy basement of his apartment above a video store, fills him only with “deep moral nausea.”

His home life is even more grim. After a sketchily alluded to “dreadful night,” his librarian wife, Meredith, no longer speaks to him. Lewis decides the only way out of his torpor lies in a manuscript he discovers stuck in the wrong file at the national archives. The manuscript suggests that Patrick James Whelan, hanged for the murder of Thomas D’Arcy McGee, was only one link in a more complicated plot to assassinate the Irish nationalist. Planning to plagiarize the text into a novel, Lewis spends his days copying it out, line by line.

David Helwig has worked successfully in the novella form before, but this one might have benefitted from the extra distillation of a short story. Helwig has a marvellous, comedic aptitude for description and a refreshingly broad vocabulary. (I’ve only come across the word “ithyphallic” twice – both times were in his books. Here we also get “exophthalmic eyes.”)

But Helwig’s gifts get away from him a bit here – too many recastings of Lewis’ shambolic life have the effect of stretching the novella’s clever, engaging premise a few degrees further than the book’s structure can handle.