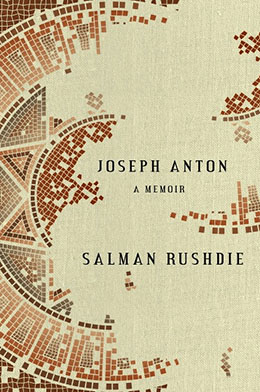 Valentine’s Day 1989 started inauspiciously for Salman Rushdie. His second wife, the American novelist Marianne Wiggins, had recently declared she was unhappy in their marriage. The day took a drastic turn for the worse, however, when a BBC reporter called to inform Rushdie that, as a result of perceived insults to Islam in his book The Satanic Verses, Iran’s Ayatollah Khomeini had sentenced him to death.

Before that call, Rushdie, like most people in the West, had never heard the term fatwa. In the years to come it would become a household word, one inextricably linked to the writer previously famous for his 1981 Booker Prize-winning novel Midnight’s Children. Twelve years later, of course, the “Rushdie Affair” would come to seem like a dress rehearsal for what Rushdie himself calls “the main event.”

Although it occupies only the final few pages, 9/11 casts a long shadow over this fascinating, hefty memoir written in the third person. Banned from his native India, Rushdie, also a British citizen, fought to get attention from his adopted country’s government for almost a decade before the collapse of the twin towers made the threat of Islamic terrorism the number one priority for Western governments overnight. In another feat of uncanny timing, September 11 was also the release date of Rushdie’s novel Fury, a satirical portrait of contemporary New York whose cover featured a photo of the Empire State Building with an ominous black cloud hanging above it.

Titled for Rushdie’s alias during his years in hiding (an amalgam of the first names of two of his favourite writers, Conrad and Chekhov), Joseph Anton has a varied, ambitious agenda. It takes up old grievances (with the writers, publishers, politicians and journalists who failed to support him, with his second and fourth wives, with Cat Stevens—who, Rushdie says, “bubbled up like a fart in a bathtub”) and credits his brave defenders (the members of his “prot” team, his loyal agents, the friends who harboured him, his first and third wives). It speaks passionately against religious fundamentalism and for the universal right to free speech. It also shamelessly name-drops (Rushdie’s “friends” are a veritable who’s who of late 20th century writers and intellectuals, not to mention actors, rock stars and world leaders).

Throughout, there’s plenty of unexpected, illuminating detail. Despite being accorded the highest possible level of government protection, it was up to Rushdie to find and pay for his own accommodations. In the early days, this meant taking advantage of the generosity of friends and moving on whenever security was breached, which was often (Rushdie was considerably easier to hide than the armoured Jaguars that drove him everywhere). Gamers—unlike Rushdie’s wife—will delight in the author’s apparent obsession with Super Mario Bros. A PEN Canada benefit at which then-Ontario premier Bob Rae became first head of a government in the world to openly embrace Rushdie is cited as “an evening he would never forget.”

Rushdie’s personality—he was often accused of arrogance—tended to be his Achilles’ heel. When John Le Carré spoke against him by saying there is “no law in life or nature that says great religions may be insulted with impunity,” it created a public pissing match in the pages of The Guardian that, especially after Rushdie defender Christopher Hitchens joined in, has since become legendary. Frequently unfaithful, Rushdie was also a dismal role model as a husband, but his abandonment of his third wife, Elizabeth West, who stood steadfastly by his side at considerable risk to her own life, for the glamorous actress Padma Lakshmi—who was half his age—is particularly opprobrious.

Joseph Anton probably won’t convince anyone that Rushdie isn’t arrogant, but anyone who reads it will hopefully conclude that, when it comes to free speech, personality is necessarily beside the point. Rushdie may no longer be sleeping behind bulletproof glass, but recent violence in the Middle East over a “blasphemous” video (the video has nothing to do with Rushdie, but an Iranian cleric has nevertheless used the occasion to raise the bounty on his head) shows yet again that the battle he was reluctantly forced to wage is far from won.