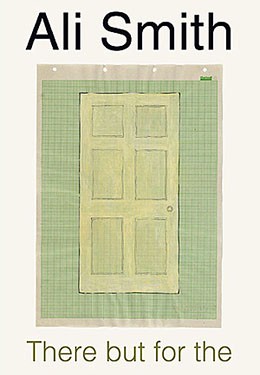 THERE BUT FOR THE
by Ali Smith

Anyone who’s ever thrown a party has had the experience of the lone straggler who overstays his welcome—the one who drones on about his locked-in RRSPs at two in the morning, blithely indifferent to his hosts’ red eyes, yawns, and offers to call a cab. 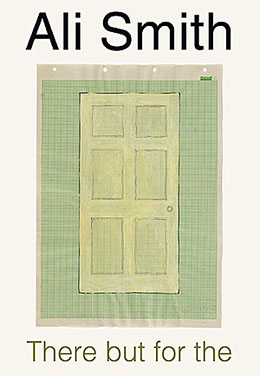 But what if you had a guest who never left? Who locked himself in one of your rooms for months? Who never spoke? This trying scenario is the basis for Scottish-born Ali Smith’s fifth, and arguably most compelling novel to date.

Anna, a single woman in her mid-forties, has just received a letter from a stranger named Genevieve Lee. The latter is distressed because a man named Miles Garth has locked himself in her guest room, his only communication a polite note requesting food (but not water—the room has an ensuite). All that the Lees can fit under their “authenticated c17th door,” however, is “wafer-paper-thin turkey,” a diet they appear to take perverse pleasure in feeding to their vegetarian occupier.

Having found Anna’s number in Miles’ cellphone, Gen presumes them to be friends. But it turns out Anna only met Miles once, 30 years ago, when the two were among a group of teenaged essay contest winners on a tour of Europe. Nevertheless, having recently quit her loathed job, Anna agrees to come to the Lees’ home in Greenwich to try to help.

The novel’s four sections are each told from the perspective of a different character, each of which knew Miles at a certain point in time, but not intimately. What all the encounters share is that they were all slightly odd, but undeniably positive. As she stands outside the door thinking about their trip, Anna recalls how Miles tried to put her at ease, having “a kind of agreeableness in the air around him.”

To May Young, the elderly woman who narrates from her hospital bed in the third section, Miles is still “that boy”—the one who was dating her daughter at the time she died, aged 16, then unfailingly showed up on her doorstep every year afterwards.

Mark, a middle-aged gay man whose partner of 25 years has recently died, meets Miles at a performance of The Winter’s Tale. Charmed by Miles’ defense of an audience member whose cell phone went off at a critical moment, Mark asks Miles to go out with him the following week. The event is the Lees’ annual “alternative dinner party” to which they invited people “a bit different from the people they usually saw”—a cohort that includes gays, Jews, Palestinians and Muslims.

Presided over by their smug hosts, the night turns out to be full of clashing personalities and cruel innuendo. In a conversation about modern art, Mark “realizes he has made the terrible mistake of not just seeming to be but actually being sincere.” Miles, on the other hand, behaves with perfect equanimity, the only hint of something amiss being when Mark observes him slipping the saltcellar into his pocket shortly before he disappears, for good, upstairs.

Punning and wordplay, present in Ali’s other novels, are taken to almost Steinian heights. Mark’s mother, a well-known artist who committed suicide when he was a boy, haunts him by whispering rhyming couplets of dirty verse in his ear. There are awkward, telling slips of the tongue, such as when one of the guests at the party mistakes someone’s reference to (the famously gay Alan) Turing as “touring,” assuming it, in turn, to be a malapropism of gay “cruising.”

As she demonstrated in 2005’s The Accidental, Ali has a rare gift for writing child characters. Here, the preternaturally articulate Brooke, a 10-year-old girl from the Lees’ neighbourhood and the novel’s most memorable personality, narrates the last section but also weaves herself, catlike, in and out of all the others. Taking it upon herself to put Miles on a steady diet of facts, which she loves almost as well as knock-knock jokes, Brooke faithfully writes them down and slips them under his door.

By the time Brooke takes over the story, Miles has been in his guest room hermitage for months and a crowd now keeps vigil outside, hanging on the merest shake of a blind. Gen, whose husband moved out long ago, and who has managed to make a cottage industry out of the media hype around “Milo,” now fears that he will leave.

This is a beautifully written novel, full of playfulness and intelligence, that elicits smiles even as it challenges. Ali Smith has proven once again that she is one of today’s most dexterous, fascinating novelists.