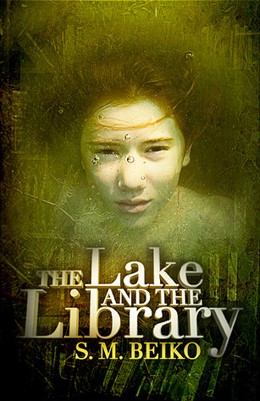 THE LAKE AND THE LIBRARY
by S.M. Beiko

In S M Beiko’s florid debut, 16-year-old Ashleigh’s fantasy to escape her “bitter, broken” Manitoba town is finally about to come true: her chain-smoking nurse mother has announced they’ll leave at summer’s end. An incurable romantic, “Ash” spends her time painting, reading literature and dreaming of a love that will feed her “Coleridge soul and Neruda-spurned pulse”; one she knows she’ll never find in Treade. 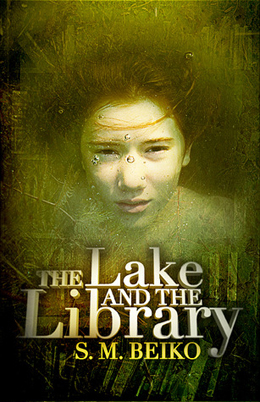 With summer’s days numbered, Ashleigh resolves to try to break into the derelict building on the outskirts of town that has long been her and her friends’ hangout. Luckily, a massive storm causes a huge tree to fall and pierce a body-sized hole in the side of the building. Inside, Ash finds an enormous, abandoned library—“a palace of books, of dreams themselves”—presided over by a ghostly, mute man/boy named Li. Every day Ash steals away to visit Li, who not only teaches her to fly like the paper birds that flutter about the endless stacks, but also to make the very stories on the shelves come alive. As Ash gets increasingly drawn into Li’s fantasy book world, Li’s backstory emerges. A dreamer like Ash, Li was forced to take over the family grain business on the eve of the Depression after the death of his alcoholic, workaholic father. Shortly after, Li and his sickly mother met their own tragic end.

Beiko seeks to blur the line between fantasy and reality, but her mixed metaphors, malapropisms and excessively purple prose are likely to overwhelm even the most starry-eyed of readers. Her imagery, too, often confounds: “Li was my Hook, I his Wendy; he the Priam to my Paris, Minstrel to my Genevieve.”

Incongruities are a problem in the novel’s physical world. We’re told Treade has fewer than 3,000 people and never recovered from the Depression, yet it has a transit system, a major hospital, suburbs and an ethanol plant. From the outside, the library is described as “too small to be a house” despite being “at least three storeys tall” with a giant rose window and heavy, ornate wooden doors. And though it’s set in the mid-naughts, Ash’s cultural references—Elvis, Indiana Jones, John Hughes movies—all hearken from earlier eras.

That some of these issues will slip by young readers is beside the point; sloppy writing is something nobody, regardless of age, should have to endure.

Comments: Comments Off on THE LAKE AND THE LIBRARY
by S.M. Beiko Posted by: admin Categories: Reviews, YA & Kids Tags: Quill and Quire, YA and Kids
← LET’S EXPLORE DIABETES WITH OWLS
by David Sedaris
A TALE FOR THE TIME BEING
by Ruth Ozeki →