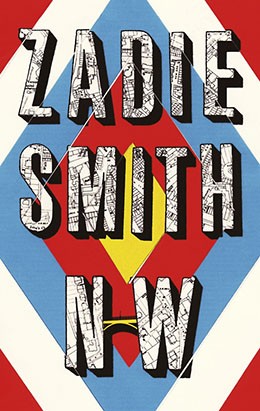 Zadie Smith became the literary equivalent of a child star in 2000 when she was 24 (in Hollywood years that’s roughly seven—think Drew Barrymore in E.T) with her first novel, White Teeth, which garnered close to universal acclaim. When the inevitable backlash came, it was from an unexpected source: Smith herself. In her two subsequent novels, The Autograph Man and On Beauty, Smith appeared to try to distance herself from her image as postcolonial working-class heroine and confessed in her congenial 2009 book of essays Changing My Mind that she can no longer read White Teeth without feeling “overwhelmed with nausea.”

Smith presumably took a dose of Gravol before embarking on NW (post-code speak for north-west London), which boldly revisits the setting of White Teeth and Smith’s own upbringing. Like a celebrity showboating a dramatic weight loss, NW is, accordingly, a svelter, more pared-down beast. Instead of White Teeth’s endlessly proliferating cast of characters we’re presented with four select thirtysomethings who grew up around the same public housing estate; in place of the latter’s Gordian plot a collective coming-of-age story filled with martini-dry humour and nuanced observations on that trifecta of discontent: race, class and gender.

Most of the novel focuses on friends Leah and Keisha, their bond forged when half-Jamaican (like Smith) Keisha saved redheaded Leah from drowning in a toddler pool when they were four. In her teens, Leah is prone to extremes in activism, drugs, sex, whereas Keisha is more analytical and—until she discovers decadent materialism—religious. At university, Leah studies philosophy; Keisha, law. Their differences grow steadily wider as they get older, yet in the manner of old friends, they stick it out.

We learn this background in the third part, which, unlike the rest of the conventionally told story, is divided into 185 brief, titled subsections. The novel actually begins in the present, with Leah working as a paper-pusher at a generic social services agency. Her husband, Michel, a black hairdresser with killer looks, desperately wants kids. And although Leah pretends to want them too, she secretly takes the Pill. Keisha, who has changed her name to culturally neutral Natalie, is a corporate lawyer and mother of two. She’s married to Frank, a smug half-African, half-Italian banker with whom she shares an affinity for money.

Leah comes to resent Frank and Natalie’s endless dinner parties “where she and Michel are invited to provide something like local colour” for the other well-to-do guests, who discuss the right topics and drink the right wines. It’s not till near the end that we get a peek at what seethes beneath Natalie and Frank’s ostensibly solid marital rock. We also get some surprising insights into Natalie, whom we’ve grown used to disliking.

Orbiting around Leah and Natalie are Shar, Felix and Nathan, all involved, to varying degrees, with drugs and the underworld. The novel’s second, and most powerful, section is devoted to Felix—the novel’s true tragic character—who pulls himself up by his bootstraps only to get slain on the street by a couple of hoods.

NW shares interesting similarities with Nadine Gordimer’s most recent novel, No Time Like the Present, which also deals with racially mixed characters who rise above their country’s problematic political legacy (apartheid in this case, versus colonialism in Britain) and the circumstances of their birth only to find that doing so, even marginally, feels like a betrayal of something. As a writer, Smith finally seems perfectly at ease: less like she’s trying to please and more like she’s delighting in her jaw-dropping mastery of language and dialect. This is, hands down, her best novel to date.