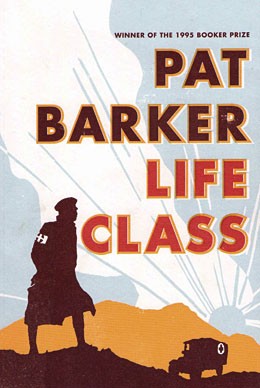 Twelve years after winning the Booker prize for Ghost Road, the last instalment in her First World War trilogy, British writer and historian Pat Barker returns to the muddy trenches of war-torn Europe in a brilliant new novel that will no doubt secure her tenure as one of the great fiction writers of the genre.

The perspective this time is filtered through the eyes of a group of young artists attending London’s renowned Slade School of Art. It’s 1914, the eve of the war, but the effete group is otherwise preoccupied. For them, these are heady times: the age of Bloomsbury and the apogee of the Modernist movement are the real sources of drama. As she has done in the past, Barker peoples the novel with a number of real historical figures, among them the students’ life class professor, Henry Tonks, a doctor and early pioneer of plastic surgery during the war. 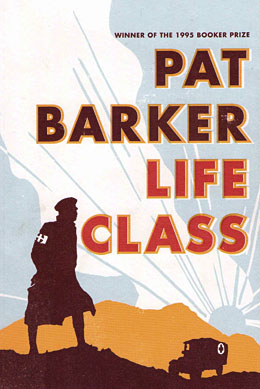 We’re introduced to the book’s protagonist, Paul Tarrant, after he suffers the indignity of having his artistic competence questioned by the notoriously prickly Tonks during class. After a huffy exit, Paul is debating whether to continue his studies, an outcome that will result in his losing face with his skeptical family. His anxiety is mitigated only by his sexual attraction to two fellow classmates, one of which, a nude model, is being stalked by a violent ex-husband while the other, Elinor Brooke, is currently the Slade’s star pupil.

Evenings, the students congregate at the Café Royale, where they pontificate on matters artistic, but mostly play out the many petty jealousies and passions that inevitably arise between them. In courting Elinor, Paul finds he has a rival in Kit Neville, a prodigy from the Slade who has already established a name for himself as a painter in the London salons.

And then the war begins. Unfit as soldiers, Kit and Paul join as medical help in separate locations on the Belgian front. Paul’s job with the Red Cross mainly consists of pouring peroxide over the infected wounds of soldiers and applying tourniquets to their freshly amputated limbs. Despite having held his post for only a month, he already exhibits the characteristic glazed detachment of those coping with the daily onslaught of mutilation and carnage.

And it is in these descriptions, delivered with her stock-in-trade lack of melodrama, that Barker hits her stride, assaulting all our senses at once: there’s the stench of gangrene, the eyeballs swinging from their sockets with the jolt of a stretcher, the amputated leg that hasn’t been cleared away fast enough and gets kicked across the floor of the operating theatre. It’s shocking and disturbing, but Barker is a skilled enough writer to avoid any whiff of gratuitousness.

Elinor has decided not to follow the example of many other women her age and join the war effort as a nurse. Unlike the young Quaker who works alongside Paul, however, she is not a conscientious objector. Hers is a self-conscious resolve to ignore the war and continue painting, embracing the creed that art is “important” and is, as such, an end in itself.

While Paul’s experiences treating the wounded allow him to finally find his voice as a painter, Elinor takes objection to his choice of subject matter. For her, art must exist in a vacuum, a pure state untainted by journalistic tendencies. Their relationship, initially brimming with almost unbearable sexual fervency, gradually withers under the weight of Paul’s exposure to the horrors of the battlefield and Elinor’s steadfast devotion to her artistic ideals.

The disconnect between returning soldiers and their awaiting brides is an oft-told tale, but Barker gives it an intriguing twist here by presenting Elinor as an early feminist prototype whose attempt to use her art to break away from the domestic shackles that bind her peers is laudable, but historically mistimed. In contrast to the sacrifice made by the young men dying in droves in Europe, her interests seem trivial, her idealism self-indulgent.

Jaded 21st century readers may be accustomed to graphic depictions of violence, but Barker draws us so completely into the youthful naïveté of her subjects that the shock is nearly as real for us as it must have been for them. The result is as devastating as it is riveting—a perfect balance achieved by a novelist writing at the top of her game.